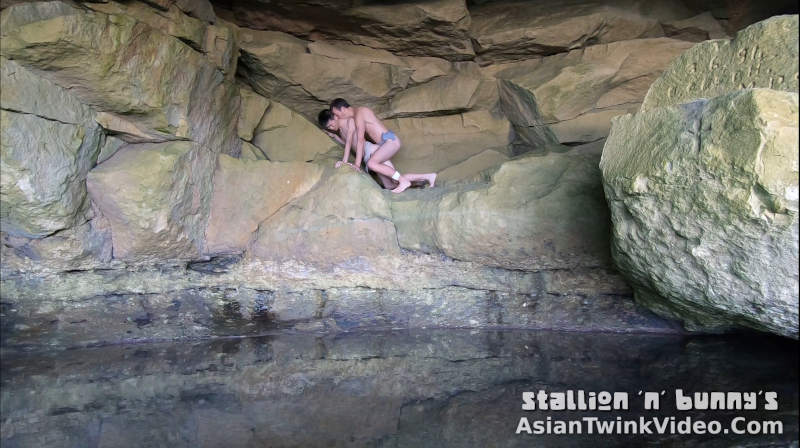 Adventures of Stallion and Bunny – Episode 42

Nothing hotter than the most primitive of desires.
Cavemen could fulfill that wherever and whenever they wanted without any pretense, in the cave, by the sea or just on a rock. The passion is the rawest when dwarfed by nature.

The cavemen found a new cave when out foraging by the sea, looking out into the vast sea, they felt the urge on top of a bed-shaped rock, warming up for some butt-sex in by the sea.
The caveman’s erection is already sticking out of his loin cloth, knowing no shame, he’s not hiding it and already looking for a hole to plant it in.
Looking at the cave-twink, he had an idea. 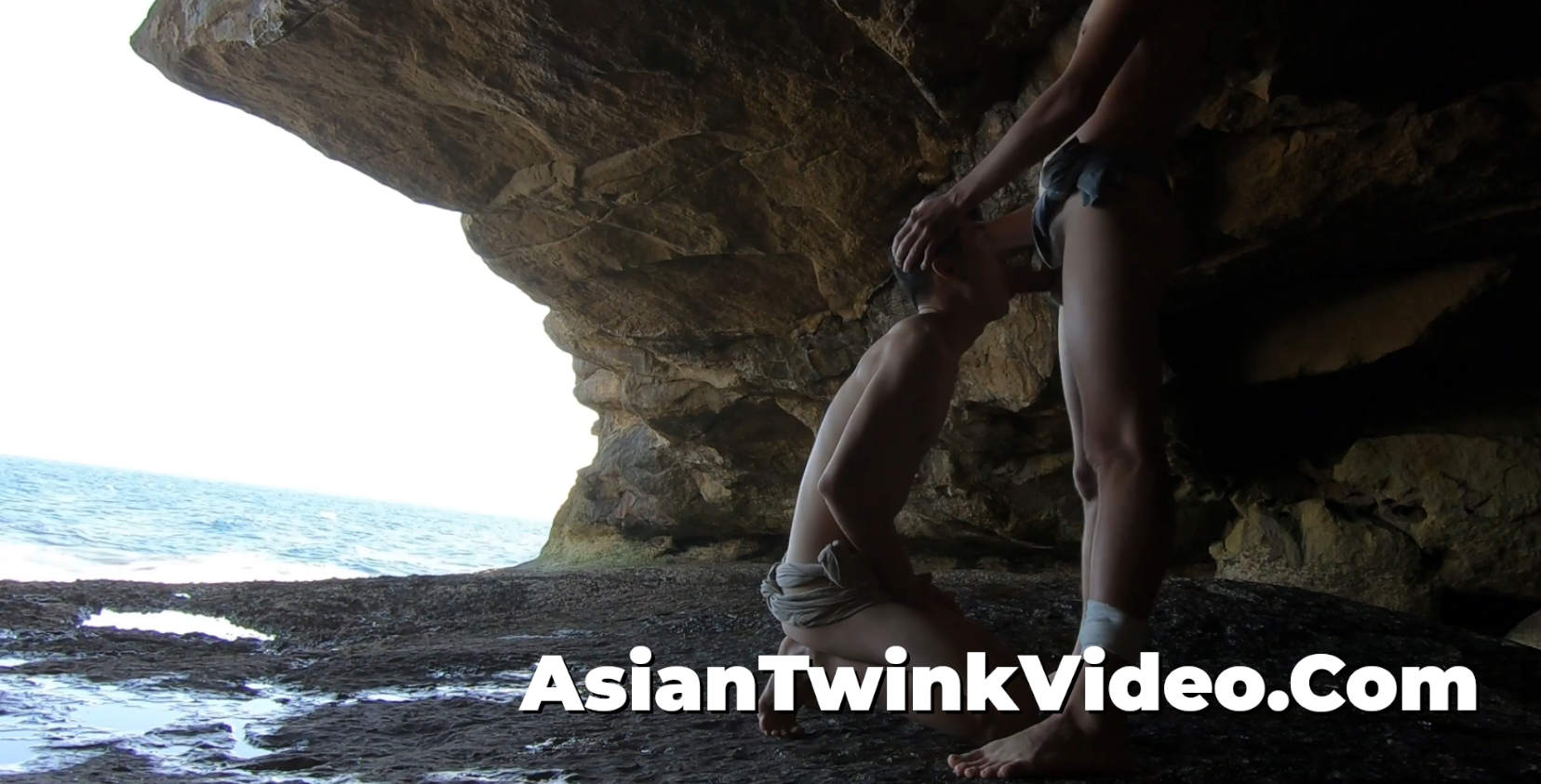 With a much bigger stature, the gay Tarzan demanded some temporary relief in exchange for the protection he’s been offering, so he pried open the cave-twink’s mouth and shoved his huge cock in without thinking twice.
The confused sucker knows the authority of the more virile and took it sitting on the rock until getting choked as saliva and fluid dripped down his chin wetting his cloth.

As the caveman spasmed and pulsed, his cock squirted out jets of ejaculates in and out of the tight hole

The greedy primitive wanted more, something that resembles a proper mating so he took the cave-twink under his crotch on all fours, turned him around and rode on top of him as if he’s about to mate, then began clumsily finding an entrance from the backside. 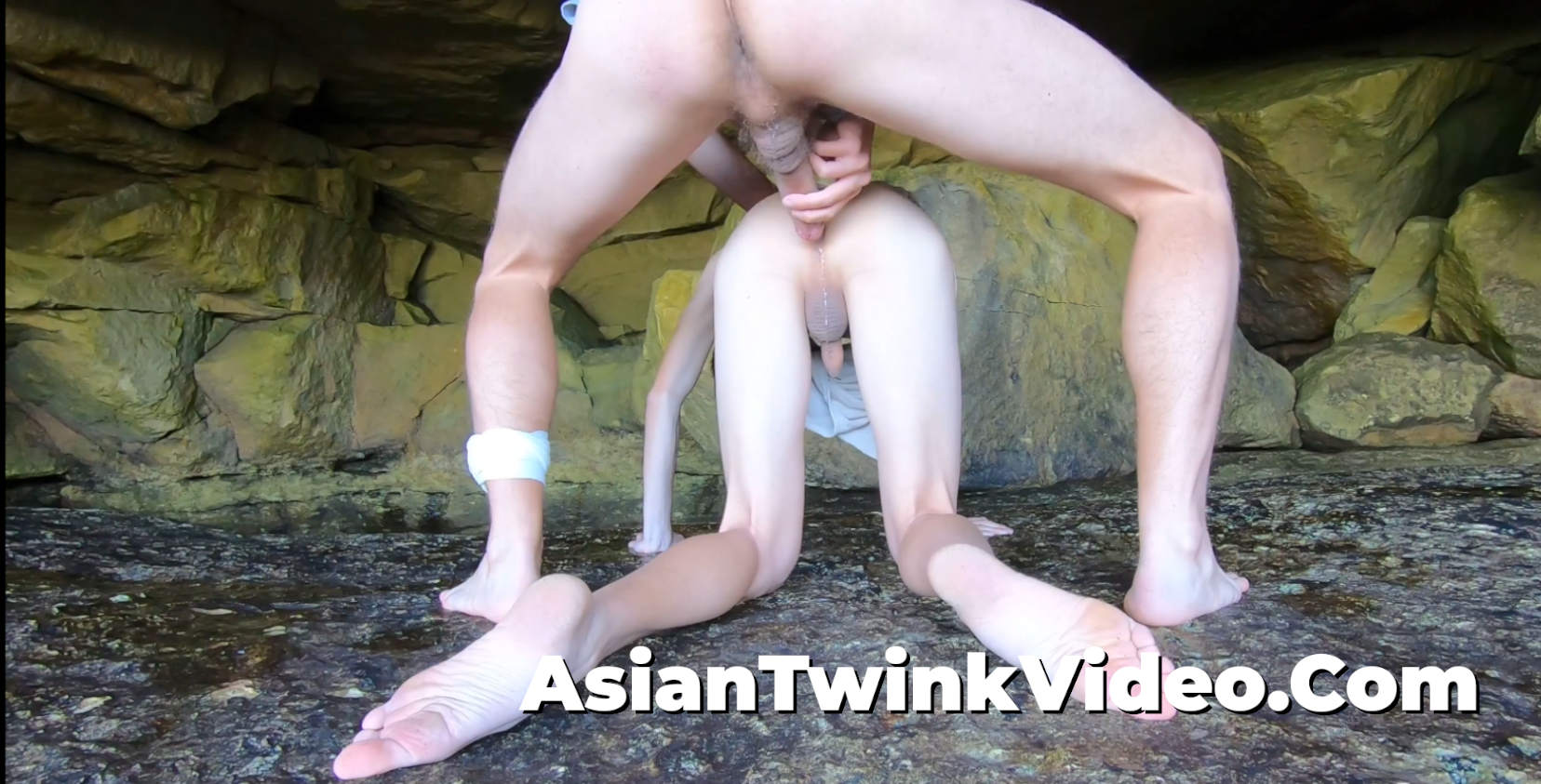 After a bout of jabbing, he could find himself a suitable hole and then hastily ramming it until he can bury in the tip of his rod.
The cave-twink shivered, tucking in his limbs, but he knows he has to tick together to survive, so he let the big one have his way.

After the muscly gay caveman mated him properly caging him in his arms and legs, he stood his agile buddy up against a rock and began pounding him on standing on his two feet, few has ever tried this.
Sun began to shine through onto the mating pair heating the whole intercourse even more up, and closer to fruition.

As the caveman spasmed and pulsed, his cock squirted out jets of ejaculates in and out of the tight hole, painting the rocks in milky white and impregnating his fun-sized boy.

As if a purpose has been fulfilled, they feel their bond strengthened and carried on with their preordained routine.